Hello, I’m Justin.  I’m a store Director at Tesco, I lead 26 stores from Kent to East Sussex.  I also have dyslexia and I’m a huge advocate for dyslexia awareness.

I use my own experiences to mentor others and hope that by speaking out I might be able to motivate or possibly inspire someone to get the support they need, or simply broaden the mind of someone that has limited awareness of dyslexia and its impact.

Let me start with this though…

I often tell people that dyslexia, was the best thing that ever happened to me.

Yep, you read that right. I absolutely wouldn’t be where I am today if it wasn’t for my dyslexia. I attribute my bravery and my drive and determination to push forward to dyslexia, along with my natural empathy and my ability to think outside the box. Imagine a swan that looks calm above the water but beneath its legs are going 10 to the dozen, well, that’s me, I’m that swan!

It took me a long time to get to this point – to have this inner confidence and it’s been one hell of a journey.  Like many others I’m sure, school for me was really tough. I had different lessons to my classmates and was often labelled lazy and that there was something wrong with me mentally – no one was ever able to help me understand why I struggled so much and was shown very little empathy. These early experiences were incredibly isolating, and it wasn’t until I arrived at my third school, at aged 13 that I was assessed and told I was dyslexic.

After my third and fourth school, I soon arrived at my fifth and final school (in those days it was called a special school) which was a State boarding school, run by the Council. I lived for three years with children with other learning disabilities including Downs Syndrome, Autism, Asperger’s and Dyslexia.

Thankfully, times are changing now, with children getting assessed earlier – like my son who at aged seven was told he was also dyslexic (a chip off the old block!)  I’m incredibly grateful that he didn’t have to endure as many years feeling as hopeless as I did before getting the right help, there was no way on earth I wasn’t going to fight for him as hard as I could.

Starting in the workplace was a brand-new hurdle I had to navigate – it’s not just about not being able to spell well, or read something out in front of an audience which is what  many people assume. If someone has dyslexia, their brain is wired to handle information differently. A dyslexic person has to work five times harder than those who don't have dyslexia to keep up with others. It’s like a Scrabble game but all the letters you need are in a box face up and all jumbled up so you can’t make sense of them. You then have to move the letters around to make sense of them, but just when you are about to understand, someone comes along and kicks the box so the letters are jumbled again, that’s the best way I can try and explain how the process works. It’s hard.

Yes, it makes us resilient, eventually.  But there are still scars there and there’s a lot of work you need to do, an innate drive to prove yourself and help untangle other people’s bias. 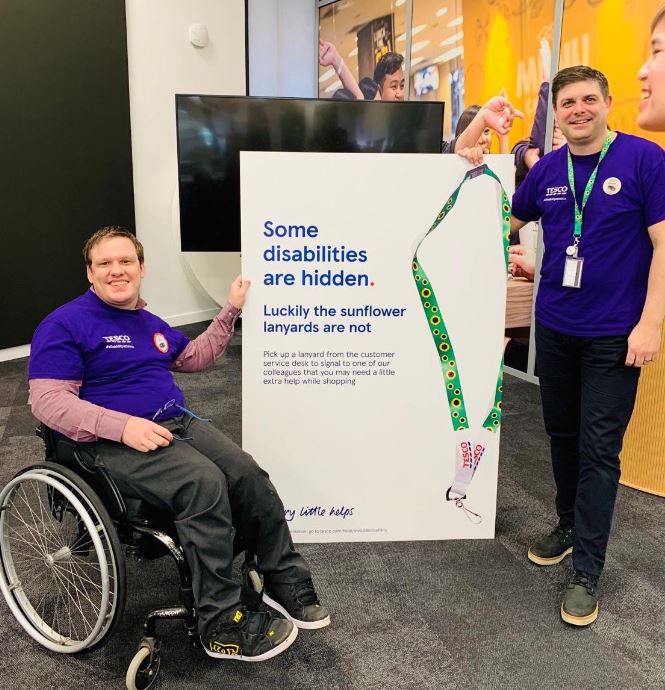 I’m incredibly proud to be the Director sponsor for the Tesco UK disability network and will continue to use my voice to help others.  I am proud to be an ally.

The moment it changed

I have been really lucky to have people believe in me during my time at Tesco. A real turning point was back in 1996. I had a store manager who had a son with Downs Syndrome who visited the store on most Sunday afternoons. This manager noticed I had a natural ability with his son, and this inspired confidence in me to open up, so I told him my story – and at that point my life changed.

He encouraged me to work my way up to become a Section Manager. Even though I had no qualifications when I left school - he put me forward to do the City and Guilds program for Level1 and 2 retail apprenticeship. Knowing that I would struggle with the theory side of things, he arranged for me to have a one-hour lesson a week where I could get additional help.

There have been many people in my career who have helped get me to the point I’m at today, and it was only because I was not afraid to speak out, or be embarrassed or ashamed by my dyslexia.  It was hard at first, but once you’ve done it a few times it comes quite naturally when talking openly. I believe we are creating a business and a culture where people can have the confidence to do this.

The support I received when I opened up was so incredibly life changing that I now make it a personal mission to share my story and help others with dyslexia to understand themselves better. For as long as I can empower people to be open about their condition and seek support then I will continue to raise awareness of dyslexia and its impact.

Whilst so many of my challenges are now easier thanks to evolving technologies, accessibility functions and workplace adjustments in Tesco - dyslexia is my super power, there are so many positives that you can bring to a team as a dyslexic person. Whether that’s emotional intelligence, creativity, logical reasoning, problem-solving, visualisation to name but a few! Focus on your strengths and always remind yourself of the things that you’re great at. Try not to worry about the things that you can’t do.

So, if you can and if you are ready, be proud of it and own it. 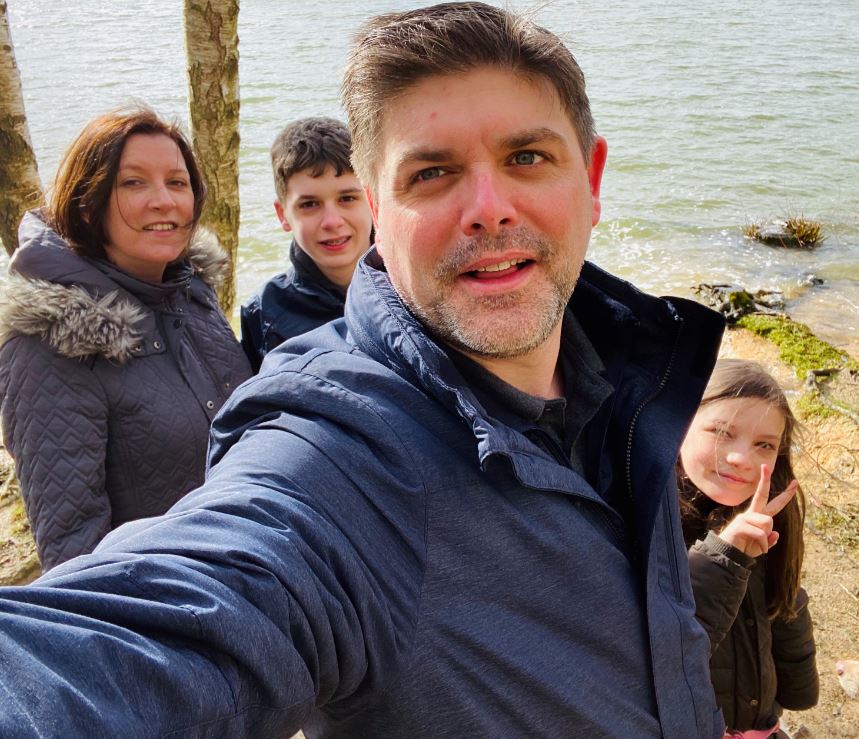 We work together to make a big difference. 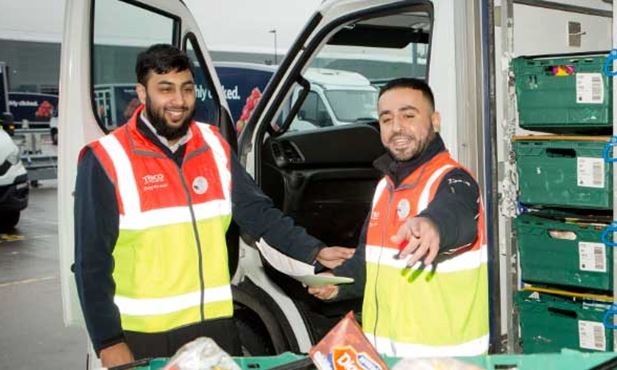 "My work-life balance is perfect!"